(Moved from another thread)
So it's not a Lenovo/Thinkpad question - but perhaps you can help me? Also, moderators, feel free to move or delete...

So I inherited my Mom's HP Probook 4540s. Works fine, not super powerful, looks pretty sleek. May keep it for houseguests to use if they visit. May sell it. Goofing around with it now. I will say that fiddling with the guts of the thing gives one respect for the old Thinkpads. The fan casing is pretty flimsy. But its pretty easy to work on.

But is the temperature too high? I could put the original CPU in and the thing would work fine, I guess. But I want more power. I also could put in a 3612qm, but that's more money. I'm tending towards replacing the original CPU, and selling the machine and the 3720qm.

One can't ask HP (nor can one ask Lenovo for recommendations about what to do with a jailbroken BIOS into which you're putting non-Lenovo stuff). So I'm hoping someone here has a perspective/experience.

Yeah, that's a good catch, TPFanatic. I have integrated graphics. The discrete graphics models have a wider heat pipe, and a pad that is affixed to the gpu.

This prompts an interesting question: Could I take the model with the larger heat pipe and swap it out for the smaller one... Hmmmm.

For fifteen bucks, it might be an interesting experiment. I could compare temperatures. I would be a little worried that the heat pipe would dump calories via the gpu pad which because it was not connected to anything woudl be acting like a big fin. Will get back to you if I do this!

*Apparently the forum setup doesnt allow direct upload of pics. Suffice to say that the integrated graphics heat pipe is about 1/4" wide, the discrete graphics model is about 3/8 wide.
Top

Upload your pic(s) on e.g. https://imgur.com/ and post the link(s) here.
To show the pic(s) (within Forum-ruled dimensions!), highlight the link and then click on the Img link (above, while posting).
Lovely day for a Guinness! (the Real Black Stuff). And pigs CAN fly!
Check out The Boardroom for Parts, Mods and Other Services. 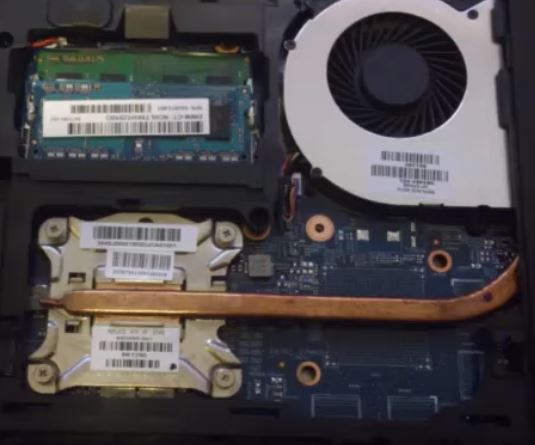 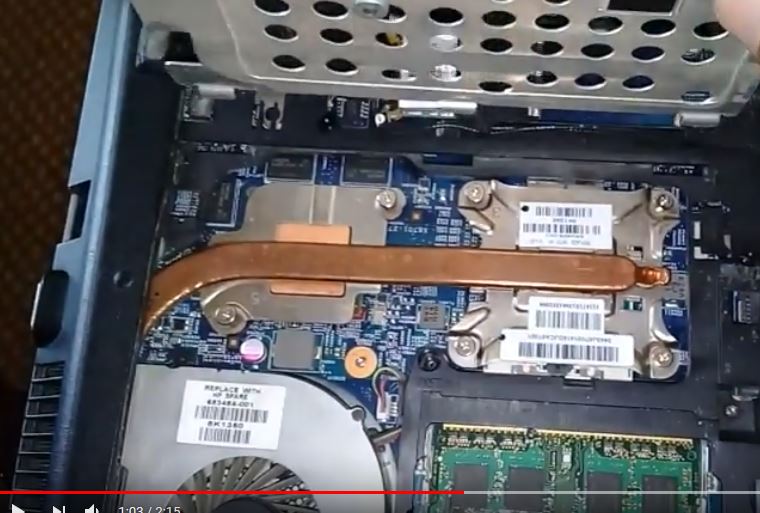 On T601 Frankenpads with iGPU, quite often a dGPU cooler is used (v.v. does not work).
Looks like you could do the same on your machine.
Just make sure the GPU-heatsink does not make false contact anywhere.
To be sure, put Kapton tape or similar on the GPU-heatsink bottom.
Lovely day for a Guinness! (the Real Black Stuff). And pigs CAN fly!
Check out The Boardroom for Parts, Mods and Other Services.

RBS, we think alike. I was thinking about using a small shim of ~3mm PTFE between the heat sink and the mobo. Kapton(R) tape sounds like a better idea, as I wouldn't have to figure out how to permanently locate the PTFE shim. I was also thinking about using a Dremel tool and abrasive wheel to cut off as much of the contact pad as possible - on the sides, not near the tube. As it is, these are way too much like heat transfer fins, to the inside of the box!

For 14 bucks, I ordered a used heat sink/tube. I'll check out some Kapton(R) on eBay. Ten bucks for a 100' roll. I think I'd double or triple or quadruple layer the stuff and have enough left over for ten or twenty more upgrades.

Ok, I have some great news for anyone that has a computer that has a bigger heatsink available. Does this affect any thinkpads besides T601s?

Anyway, thanks to the ideas of the folks above, I bought (for 15 bucks) a heatsink intended for a discrete graphics model of the hp probook 4540s, for my modded version of the integrated graphics version. You can't add discrete graphics (its a ball grid array, and even if I had the right chip and a air soldering station, I'm pretty sure that there's other things missing that would be needed to make the discrete graphics work). But you can add the larger heatsink. It's a drop-in replacement. Easy peasy. Take the small one out, clean all surfaces with isopropanol wipes, cover with Kapton tape (I used thick, 5 mil tape) the area on the heatsink where the discrete graphics card would be, and drop it in.

Users browsing this forum: No registered users and 10 guests