Alright, so I have an X31 I picked up at the warehouse I was working at before COVID hit. Got the laptop, dock, two batteries and power adapter all for $10. came with 2GB of RAM already and a 160GB HDD that was failing fast. 2885-4WU, 1.7GHz board. I have upgrades planned for the future including either getting my hands on an X32 motherboard or just having a friend with a hot air rework station to drop on a ULV Dothan. it works great, haven't had much issue with it and both batteries are worn but still hold a charge. Running XP Pro with the USP4 package and it's doing quite alright for itself.

Upgrades I've done so far includes the addition of a 128GB SSD, mSATA PM841 inside a 2.5" carrier with the outer shell... and I've also added in a wireless card, a Broadcom BCM43222 dual-band variant with the no-1802 file run beforehand. The big issue I'm having, is between this card and the Atheros AR5008 dual-band I have, is that both should be able to show me the 5GHz band, and while this does work in other laptops in my fleet of old junk, this specific laptop seems to be unable to see anything on 5GHz. I've used the same drivers I have for years in other laptops, and have also tried older and newer drivers to boot. Nothing helps, 5GHz is something that just doesn't exist for it, even right up against the access point.

It got me thinking that maybe there's either a BIOS issue blocking the 5GHz radio from showing up, or if this is a result of the no-1802 fix being used... or more sinister, some sort of power limit on the slot itself. I've had the sort-of same thing happen with an HP 2000-series laptop with an Ivy Bridge i5 recently, where no matter what card I dropped in, the 5GHz band would just not work at all, no matter what, and the bandwidth the card could utilize was extremely poor, like 35Mbit max, leading me to believe it has a power limiter on the MiniPCIe slot in that laptop, and as such I'm extending that suspicion to the MiniPCI slot in the X31.

Driver or hardware issues with the Atheros card seem to make connections over RDP hang randomly, sometimes with long stints between them, forcing the adapter to re-handshake briefly with the AP and recovering the connection. most of what I'm doing with this is RDP locally in my own home aside from some light games such as UT99 and Quake 1. I haven't had the chance to use it for a multiplayer match in either, but I'd be devastated if my connection were to drop from something silly like that. The Atheros card is well-used, however, and I've had it in a number of laptops before this, including a Dell C840 and an Inspiron 9100. I'm also fairly certain it came out of a D-link router, but I could be wrong on that, it's been a long time.

--
Aside from this, I'm looking for what would be a best choice of .11n card here in 2020 for this thing internally, since I don't have b/g enabled on any of my access points and never will in the future going ahead. currently I have the 43222 and the AR5008 cards, both single and dual-band for the 43222, and I have a Broadcom-based Linksys N600 card for my 600e that can do 5GHz but it's not the best thing for me to have a wireless card sticking out the side of the laptop the entire time if it doesn't need to.

One card that performs splendidly in T4x/X4x series is the TP-Link TL-WN861N, 300Mbps, dual channel, wifi-N.
Still NOT a great day for a Guinness! (the Real Black Stuff).
Ireland is on FULL lockdown until Easter 2021!
Covid-19: Stay safe, so Mask it or Casket!
Top 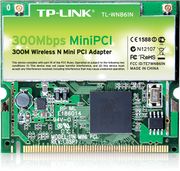 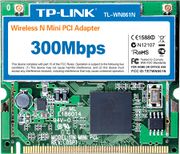 Still NOT a great day for a Guinness! (the Real Black Stuff).
Ireland is on FULL lockdown until Easter 2021!
Covid-19: Stay safe, so Mask it or Casket!
Top

I'll look into it as time goes on. For now, I did find the second 43222 in my collection of junk and swapped it, turns out what I had was a 943222 in the thing to start, which is indeed single-band. the 43222 without the 9 is dual, and with a driver from the snappy driver installer project which seems to be unobtanium in its own right otherwise, I was able to get it to the point of seeing 5GHz networks. Because something is screwy with the WZC on my machine though, I ended up installing XSupplicant to take over for wireless auth/management duties instead, and everything has been working absolutely swimmingly.