I'm still working on the display of a rare 330c machine and I wonder how much people know about repairing inverters.... the biggest problem I have is that I don't have a 'known good' one to compare to...

The inverter in question is shown below, I have replaced the capacitors which has made zero difference. One of them vaguely looked like it could have leaked slightly but generally all clean.

What appears to be the case is there is a contrast and brightness slider, which do vary in resistence from top to bottom but I don't know what they *should* be doing. The brightness certainly changes on the LCD when you move the brightness slider up and down, however the contrast doesn't change at all, which means I think it's at one end of the scale and not displaying anything.

So I thought maybe the left slider was faulty, but I have a bunch of spare inverters of the same era and found one exactly the same spec and measured much differently on the other inverter. So I desoldered the 330c contrast slider and switched it with this other spare. The replacement gives the exact same readings as the original. So either.... I have a fault elsewhere on the inverter *or* this contrast slider is actually doing exactly what it's supposed to do.... 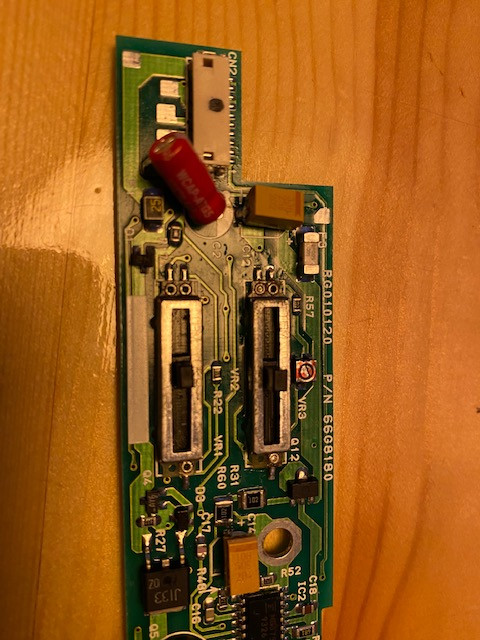 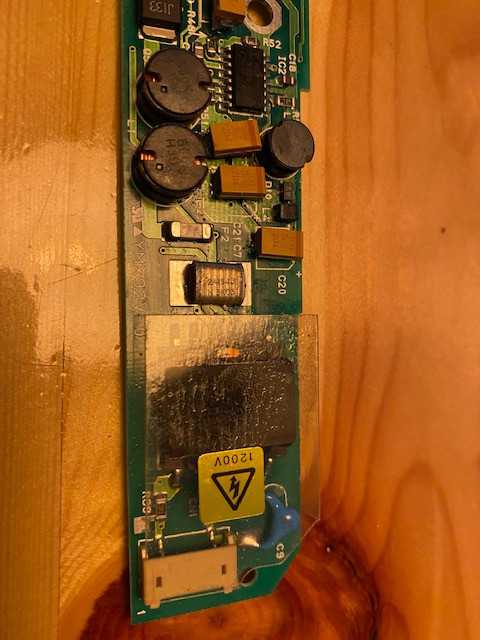 I know nothing really about inverters, other than broadly what they do. Does anyone have any advice how I might work out what else on this board is doing and what might be faulty, if anything? These machines are like hens teeth, so picking up a spare or another machine any time soon is not likely.

Check your LCD itself for leaky caps - most have them. The behavior you’re seeing can be caused by that. It’s certainly possible that the inverter is at fault, but I’d think it’s much more likely that the LCD itself is at fault, or the cable.
Top

Ok so I recapped the LCD - no difference at all.

I actually had a cracked original LCD so I swapped over bits of the LCD between the two and one displays white and the other displays back.

So I've given up on the LCDs. Even if I do get one working I doubt it'll last very long.

However - I have a solution which is virtually undetectable. The iPad 1/2 display is a perfect fit for the 330c lid and I have a VGA adaptor for it. It feeds off 12v which should be easy to source inside the machine somewhere. However, can I bring VGA off the existing LCD cable? Has anyone ever done this (rather than bring it in off the external SVGA port).... 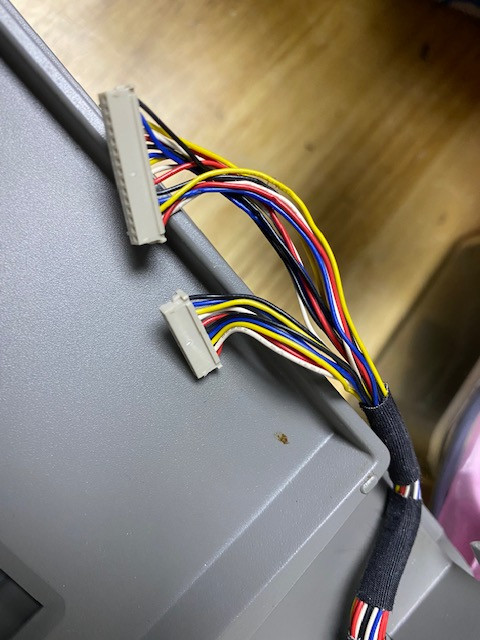 Have you verified the internal PSU voltages to be in spec? A thread (Reddit I think) linked earlier showed that another guy’s 330 internal supply had a bunch of leaky caps.
Top

The power to the inverter is definitely correct - 15v and 5v solid across a bunch of the pins.