Just picked up a new laptop for my collection (sisters old laptop). This Lenovo SL500 Thinkpad is running a dual core P7350 CPU and clocks at a whopping 2.0Ghz right out of the gate. The laptop itself is fairly beat up but we have a plan in motion to restore it back to like new condition.

And we wont keep it stock, that's for sure! Seeing as though it supports the 1066Mhz FSB speed, I went right to the top of the ladder and just ordered up an Intel X9100 core 2 extreme processor which will be paired with 4GB kit of DDR2 RAM @ 800Mhz.

So far, we have performed the RAM upgrade and ditched the old mechanical hard drive for a 60GB SSD. Fixed the broken hinge with JB weld, and as you can see there is also some damage to the speaker grill, so we have a new speaker grill ordered up as well. We also have a new keyboard on the way, as the letter a is damaged, and we simply cannot have that.

The SSD paired with the Intel X9100 should eliminate some performance bottlenecks and I am confident we can do something like a 10 percent overclock with roughly a 1.1500 vcore. All CPU performance adjustments will be done with Throttlestop. Looks like TPFanControl does not work with the SL500 laptops...

I will update this thread as the build progresses. For now, enjoy some low quality pictures snapped from my cell phone.

Most people wouldn't bat an eye at restoring an SL-series. They were cheap to begin with and are so cheap now it is not hard to just order a new one in good enough condition if defects in the plastic are of concern. They are very thicc.

They can be upgraded to WSXGA+, and presumably WUXGA with the same cable. No idea how hard to find that cable is.

I believe that this modified version of TPFanControl is capable of controlling your SL500's fan, but its fan's speed reading won't be properly detected.

They don't, unfortunately. The SL500's APIC table contains only 2 entries for 2 cores, which means the 2 extra cores will not be recognized or initialized. Installing a Core 2 Quad into such a machine with a heatsink that looks like this, is not a good idea either.
Top

Screamer wrote: ↑
Sun Jan 13, 2019 6:32 am
They don't, unfortunately. The SL500's APIC table contains only 2 entries for 2 cores, which means the 2 extra cores will not be recognized or initialized. Installing a Core 2 Quad into such a machine with a heatsink that looks like this, is not a good idea either. 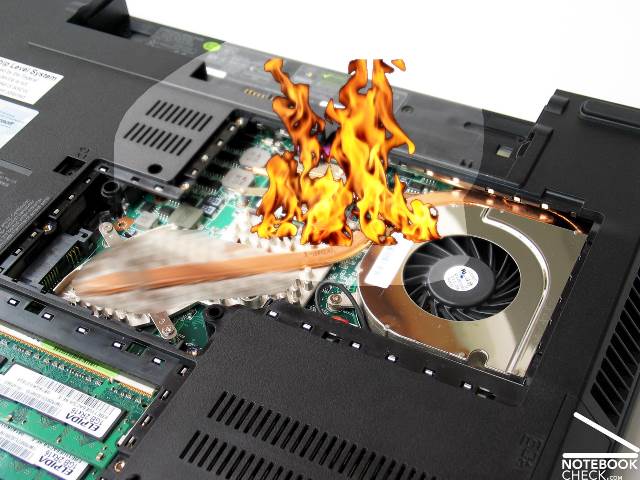 I know it's a cheap machine, but I've chosen to restore it for sentimental reasons. Once completed I will re-gift it back to my sister.

It will make a good gift for your sister. Not as nice as a T series but still decent.
Top

If I were you, I would try to not spend too much on a SL500. It has a known design flaw with the left hinge, which has been said to break off after some time. That being said, it could still be used as a semi-usable web browsing machine.

I suggest upgrading to a Core 2 Duo P8800 (SLGLR), if you prefer less fan noise without sacrificing a lot of speed. If you don't mind the additional heat generated and would like a little more speed, get a Core 2 Duo T9600 (SLG9F). Keep in mind that all of these processors are dual-core processors, not quad-cores as they are not supported by the SL500's BIOS.

You could max out the RAM to 8 GB, but that would not be anywhere affordable. 2x 4 GB DDR2 RAM modules has been quite overpriced as of late ($80+), so stick with a 2x 2 GB DDR2 configuration if you don't intend to max out your SL500. By the way, do not purchase DDR2-667 RAM modules, as the SL500's memory controller is capable of using DDR2-800 RAM modules.

The choice of SSD/HDD is entirely up to you, since the market is kind of oversaturated with them nowadays. Just be aware that if you are using Windows, there is no native support for TRIM in Vista and before. The first Windows to support TRIM, was 7. Unless your SSD's manufacturer provides a tool that can be installed in older versions of Windows to support TRIM, you should not ignore this.
Top

I bought an SL500 in 2013 for $69, thinking I got a cheap T500 alternative.
Had to buy a new motherboard shortly thereafter.
Then it developed an EEPROM problem (not a password).
Then it got backlight problems.
The nuisances kept piling up, so I put it on a shelf in the garage.
A year or so later I 'found' it again, it did boot up, but I'd had enough and decided to sell it.
Tried first on the Forum, no interest.
Then in a car boot sale, no interest.
Followed by a local flea market, still no interest.
In the end I donated it to the nearest Goodwill store, where it remained for at least 2 years.
I haven't been in that store since, so it might well still be there.
I would honestly declare the SL500 a shoddy heap of sh!te, not even worth the space it needs in your garbage bin.
Lovely day for a Guinness! (The Real Black Stuff)
Lenovo: X240, X250, T440p, M900 Tiny (all with W7/SP1 and NO updates since 2018).
Top
Post Reply
10 posts • Page 1 of 1